A TREE OF MUSIC FOR ALL TO ENJOY

White Apple Tree is a tree…nothing more…nothing less….A tree of music for all to enjoy. Melodic, moody, intimate and uplifting.

Keyboards, guitars, and vocals are the main seed we plant and the sound grows from there. White Apple Tree consist of two young brothers and a friend with a desire and passion to play music for the world. They have millions of views on their YouTube of Snowflakes and other songs.  They are often compared to Shiny Toy Guns, Metric, Coldplay or The Faint, blending blasting dance beats with melodic piano and vocal melodies. The live show is a high energy performance that brings everybody to the floor.

They have performed with acts such as Asteroids Galaxy Tour, Shiny Toy Guns, Walter Meego, Dan Black, Edward Sharp, Midnight Juggernauts and more and recently won San Diego’s Music Award for Sound Recording of the Year 2010 and recently won Hollywood Music and Media Award the Best Commercial Advertising with Passed Out in the Whistle Blackcomb commercial with over 250,000 views.

White Apple Tree has songs licensed with two snowboard videos, a surf video, The Hills, Jersey Shore, Gossip Girls and most recently in the new KMS video shot in Hollywood with the song Clarity. The new EP, Peach Hat, came out in 2011 and is STILL receiving great reviews.  Picked by LA Deli Magazine as the top 8 band in the Electronic genre. Most recently, the song PASSED OUT from the EP, was used for the new Whistler Blackcomb video documentary. Watch Video

Their hit song “Snowflakes” was recently used for a German Indie film “Kokowaah” featuring Inglorious Bastard star Til Schweiger.  It is also included on the soundtrack along side One Republic, The Script, The National and Hurts and is released on Sony Records. This is an acoustic version with scenes from the movie. Watch Video

They are ALSO the featured act for Ulimate Ears promo documentary for 2011.Watch Video

In January 2012, White Apple Tree’s “Snowflakes” made the top 10 list on “Adventure University” on KTCL Radio, a commercial station in Denver, CO.

Whistler Project with the song Clarity

Peach Hat EP’s and Velvet Mustache Cd’s available from this site and you can download and stream all of the songs on Itunes, Spotify, Amazon and dozens of other stores across the world. 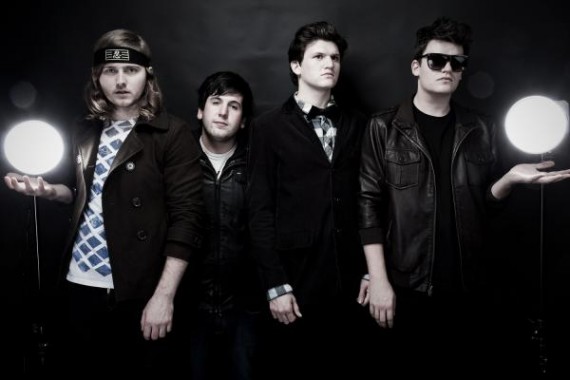 LISTEN TO WHITE APPLE TREE ON: