The Songwriter: with host Steven McClintock is a new series of live shows featuring interviews and music from known and unknown songwriters. Get into the minds of the songwriters and explore their process and inspirations and see them perform live. To RSVP or find out more about this event – visit the event page here! The line up of world class Songwriters for this great showcase is set!  Click each one to view their Bio!

Singer, songwriter, producer and performer, Lois Blaisch is best known for writing the multi-platinum #1 hit “Could’ve Been” by Tiffany which was also performed by Carrie Underwood on American Idol as her US debut. Lois’ music can be found on 11 million CDs, on commercials such as Coke and Levi’s,  featured on such TV shows as Friends, Splash, Hunter and Stingray, has been nominated for three Grammy awards, and a Golden Reel Award for the theme of Disney’s “Street Sharks”. Lois has been a studio singer in Los Angeles for many years and has been featured on hundreds of TV shows, movies, jingles & albums such as Neil Young’s “Living with War”, Oasis and on several platinum Walt Disney albums.  www.loisblaisch.com[/su_spoiler]

Billboard Magazine called Brad Colerick “one of a baker’s dozen of acts to watch in the folk community around the world.” His CDs have landed in the Top 5 of both the Folk DJ and Euro-Americana charts. He has played hallowed stages across the country from Freight & Salvage and McCabes in the west to The Bluebird and Birchmere back east. As host of the popular, Wine & Song concert series, every Wednesday in South Pasadena, Colerick has presented over 200 of his fellow troubadours to an ever growing community of acoustic music fans. http://bradcolerick.wordpress.com/ [/su_spoiler]

Erin Alden is a singer/songwriter based in Los Angeles. Her music has played prominent roles in TV and Film on such Networks as Lifetime Channel, SciFy Network, MTV, E Channel, and in feature Films. She recently joined Sleeping Giant Music Group, which is headed by Legendary Producer Ken Caillat (Fleetwood Mac, Colbie Caillat). Erin is also part of a new duo project with Alberto Albis called Slow Motion Riot as well as pursuing her solo project ‘Meant to Be’, both of which garnered great reviews and many licenses. A strong suit for Erin has always been her talent for collaboration with other fine songwriters. Some of her writing partners have been: Josef Peters, Stevie Blacke,(Pink, Madonna, Weezer), Alain Whyte,(Morrissey), Brian MacLeod (Madonna, Sheryl Crow, Linda Perry), Jon Button,(Roger Daltrey, Sheryl Crow, Shakira),Cheche Alara (Christina Aguilara, Pink, American Idol), Gregg Sutton(Bob Dylan, Lone Justice) soundcloud.com/slow-motion-riot reverbnation.com   [/su_spoiler]

Kevin Fisher is a songwriter…..solid and successful. He took his skills he learned from singing and writing for the SoCal band Naked to the World, voted Acoustic Band of the Year by the National Academy of Songwriters, and put it into a Gold and Platinum record with country singer Sara Evans, a Gold and Platinum record with the amazing Rascal Flatts, excellent cuts by Uncle Kracker, Tim Rushlow(Diamond Rio), Little Big Town, Paul Anka and more. He has been a staff writer for some of the most creative publishing companies around…like Hayes Street Music, Pitchfork Music, Courtyard Music, and Warner Chappell. He is also out there on TV and film with such shows as Brotherhood, Pretty Little Liars, True Blood, Frozen Ground(Nicolas Cage), and soon to be released the Angriest Man in Brooklyn(Robin Williams, Mila Kunis). Last but not least, Kevin Fisher is the co-author for the musical “Unbeatable: A Musical Journey” which opened in New York in 2009. http://www.kevinfisher.me/ [/su_spoiler]

Tessa started songwriting when she wrote her first song “You Better Watch My Brother or He’s Gonna Eat the Cat Food”…no, it was never a hit, but it gave her a taste of things to come. At 8 years old she sang solo on her mom’s bluegrass record, at 9 she had her first song on Itunes, at 10 she sang back up for White Apple Tree on their first CD and Christian rocker Stephen Petree.  About the same time, Tessa started putting songs on You Tube and that is where producer and vocal coach wiz, Ken Stacey(American Idol), heard her sing. He quickly signed her to a production and songwriting deal and she began her career as a songwriter. Tessa’s love for pop punk music and desire to be the best at what she does has spawned dozens of songs all over the internet. She is currently recording her first EP, building a band for live shows, and is producing her father, Steven McClintock, on his newest CD of pop punk covers. https://soundcloud.com/tessadelee [/su_spoiler] 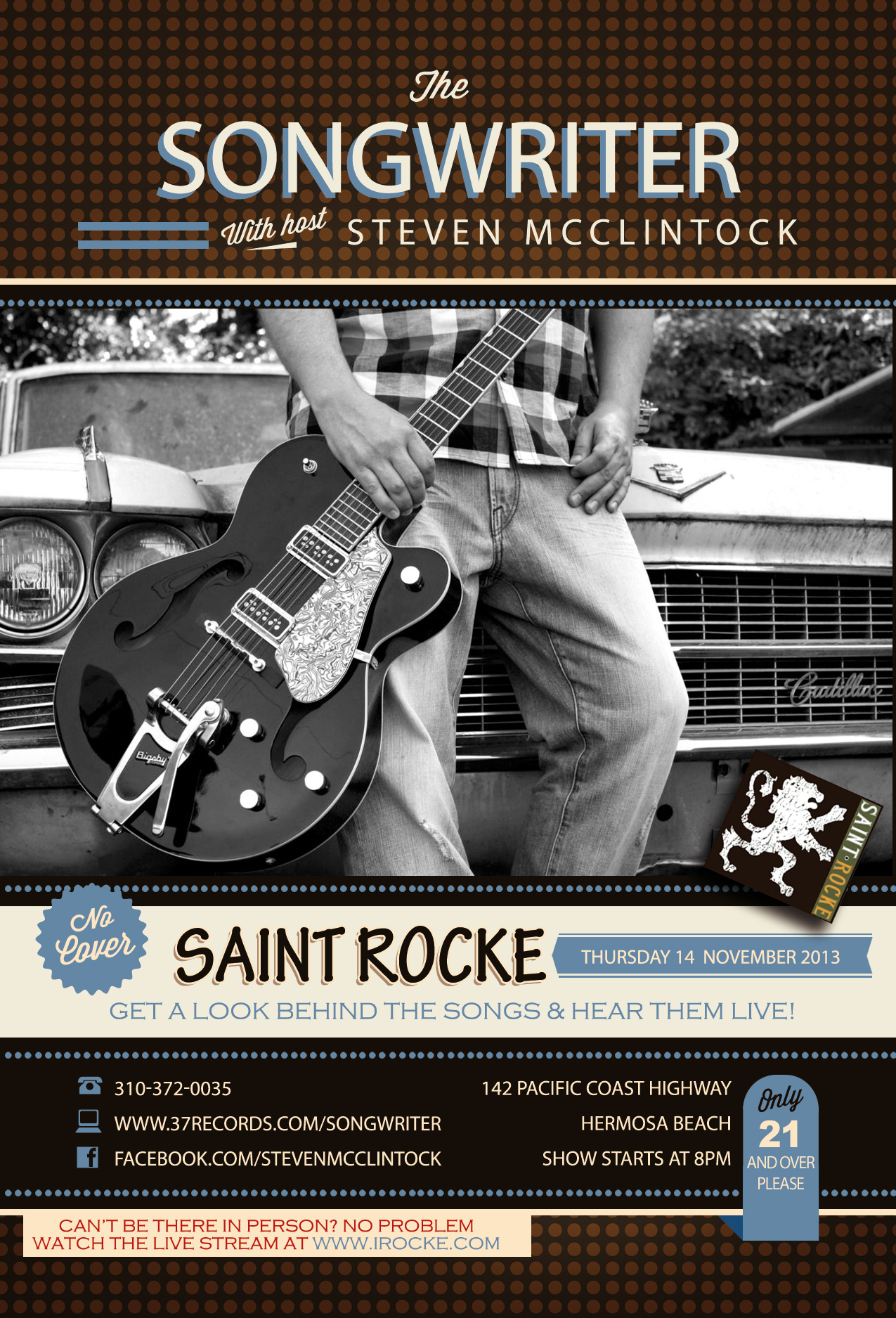